With healthcare systems around the world under increasing pressure, artificial intelligence can provide a much-needed boost for doctors.

Around 12 million American adults are misdiagnosed every year by doctors. That is enough to fill the country of Ireland two and a half times over.

With an aging population, making the country’s healthcare system more accurate and efficient is becoming an increasing priority. Fortunately, there is a solution.

Why ask for a second opinion on a condition when you could have a ten-thousandth?

Human DX uses machine learning to help doctors deal with difficult medical cases by soliciting advice from fellow experts across 70 countries. Physicians can ask questions on the app/website while uploading relevant images of the condition and any related tests. The AI program then calculates all the responses and provides a single report.

The potential of Human DX is clear when you explore the rising waiting times in some of the world’s wealthiest countries. Studies have shown that the number of online consultations will increase cumulatively by 25% a year over the next five years, sparing both patients and doctor significant costs and wait times.

While providing more accurate diagnoses for patients, Human DX could improve the skills of doctors by tracking their clinical performance and offering recommendations in specific areas. Indeed, many physicians might feel more comfortable taking advice from machines rather than being judged by more experienced medics.

Not only can AI help with difficult diagnoses but it can also spot the early signs of many illnesses.

Google has already made progress on this front by using machine learning to detect signs of eye diseases related to diabetes using image recognition algorithms. Google’s software can spot tiny aneurysms which can cause blindness by examining photos of a patient’s retina.

It is incorporating its diagnosis system in India alongside the Aravind Eye Care System which provided some of the images to train its image parsing algorithms. Google uses the same deep learning technique in its image search to differentiate between cats and dogs for example.

In fact, Google claims its algorithm is so accurate that it is on par with that of ophthalmologists. The next step is implementing it to support the 70 million Indians with diabetes and 400 million sufferers around the world.

The technology does not necessarily mean fewer jobs for doctors. Google says its algorithms will perform the screening work which staff struggle to fill, freeing them up for more important tasks.

What’s in your DNA?

Artificial intelligence will soon allow us to take full control of our health by unlocking the code to our DNA. Despite the significant progress made in healthcare we still do not know what our genome is telling us.

Companies such as Deep Genomics are attempting to lead the way by interpreting DNA through a system which predicts how genetic variation affects molecules. In fact, its database can already explain how hundreds of millions of genetic variations can impact our genetic code. A greater understanding of our human DNA means doctors can soon provide personalized information to suit each of us – giving us full control of our bodies.

From here, genetic companies such as Rthm can develop tools to understand our genetic makeup and advise on what changes we should make to our daily routines. A more intelligent approach to our long-term health will reduce the strain and resources of our medical staff.

Bringing new drugs to market is both costly and time-consuming. A discovery can take 14 years and cost around $2.6 billion before it becomes available.

A major reason for this delay is the need to test the chemical compounds against every possible combination of cells, genetics and any other mutations to ensure it is safe.

Machine learning has the potential to reduce these costs by as much as 70% by analyzing the scientific literature at hand. In fact, Benevolent.AI has already identified two potential drugs for Alzheimer’s through this method.

Given an aging population and fewer resources for medical care, AI is a solution that ensures we do not simply stick a massive band-aid on the problem but rather properly treat it so it never becomes an issue again.

Interested in finding out more? Our team of experts is available to show you how Inbenta can benefit your company. 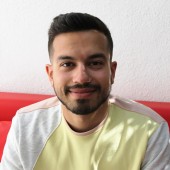 AI sport, it’s in the game

How to build the perfect knowledge base: the tools you will need

AI travel: how your next travel agent could be a chatbot

How to Survive the Avalanche of Customer Interactions with Automation